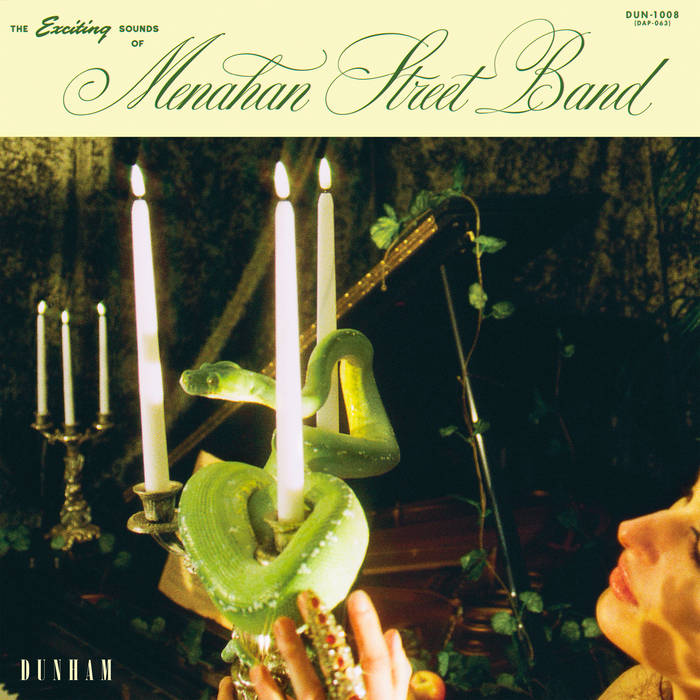 Menahan Street Band, a veritable supergroup of some of today's most prolific songwriters, arrangers, and producers return with this beat-forward, cinematic masterpiece. If you have spent any time hanging out in bars, cafes, or casually tuning into NPR in the last 10 years you should be well versed in MSB's catalog. Their unique brand of instrumental soul has not only been the foundation for some of modern hip-hop's most successful beats, it has also become the perennial soundtrack and veritable vibe-generator for countless parties, art shows, and restaurants throughout NYC and abroad. While this album carries the aesthetic torch that MSB has skillfully woven into the tapestry of their DNA, it also delves deeper into the experimental, exotic sounds that fill many of the coveted Sound Library and Soundtrack LPs of the late sixties and early seventies - an amalgamation of moog synths, electric pianos, drum machines, and a bevy of analog instrumentation, that ebb and flow in lush swells of Morriconian grandeur.

In addition to their role as the official house band for Brooklyn-based Dunham Records, Menahan Street Band has received critical praise for their oft-sampled 2008 debut album Make The Road By Walking and for backing Charles Bradley. “Vibe is a quintessential element in what I’m going for,” says MSB co-founder, multi-instrumentalist and producer Thomas Brenneck. “Vibe, mood and emotion.” ... more

Bandcamp Daily  your guide to the world of Bandcamp